skip to main | skip to sidebar

Out with the old

In January this year Paul and I embarked on some pretty major renos for our lovely old house.

Ceilings were pulled down......

nb. hubby's arms are really not that brown, there was 110 years of dust that came down not to mention an old, dead, squashed rat among other things....eeew! 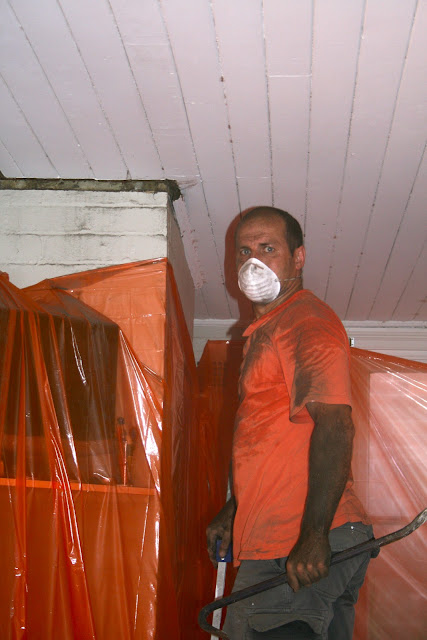 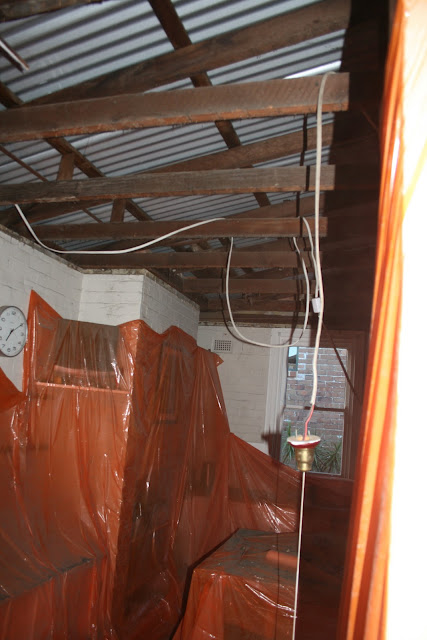 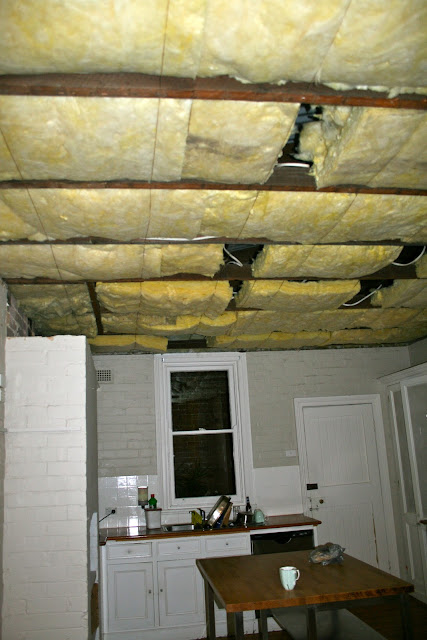 Bats were laid, Gyprock was installed...

Note to self: never do this again, it was just plain stressful getting these massive sheets above your head and onto the ceiling without snapping them. We did hire a great hoisting device and the help of our friendly neighbour but at times I wished we had got the professionals in. Having said that, we are really happy with the end result. 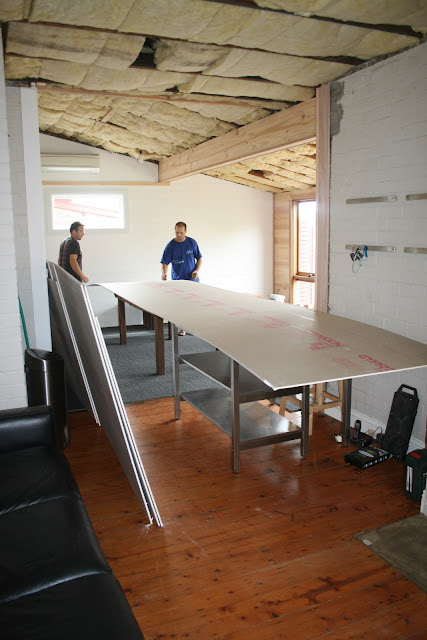 L.E.D down lights were installed. 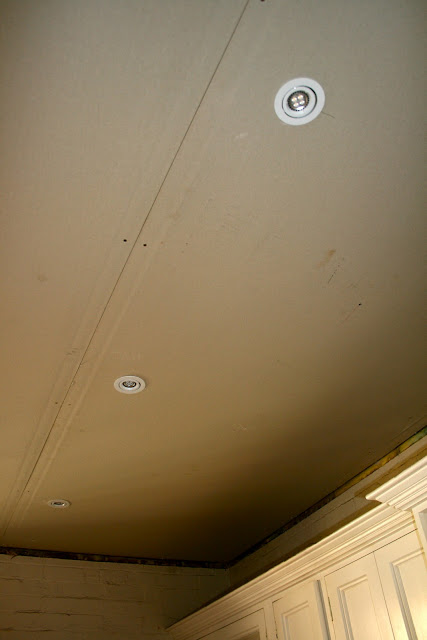 By July this year we found a kitchen designer who I won't name because I would not use them again but that's a whole other story.

We were thrilled with the design and it was time to start the demolition and get the floors ready. Secretly I think this was Paul's favourite part. For weeks he nagged me to let him take the sink away, but I feared being without one for too long so I kept saying "just a bit longer, just a bit longer" 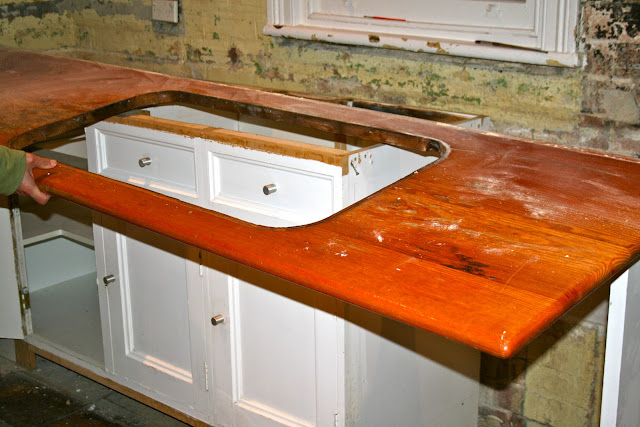 As the old fire place was knocked out I couldn't help but think of all the meals that were created here back in the early 1900's. We had taken the old pot belly stove out years ago to make room for shelving but the big brick chimney was still there. See the charred wall in the background. 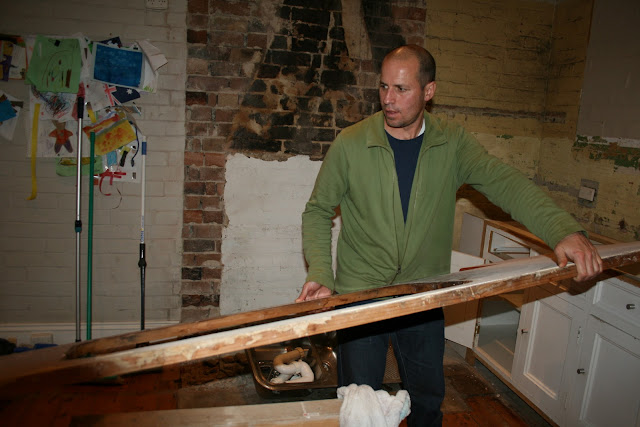 The old floor was ripped up and sold on ebay for a grand price of $50. 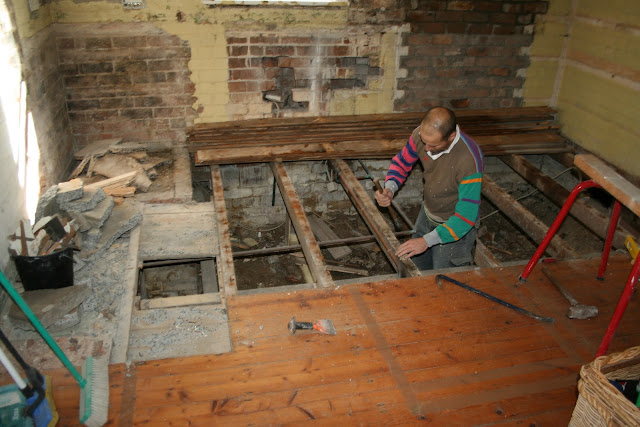 The old back door was bricked in not once but twice by Mr perfectionist Paul. The first one had a slight bow effect, not good when you need to line cupboards up against it. 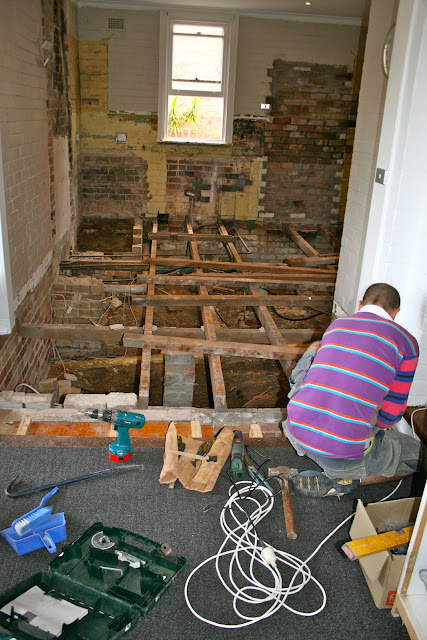 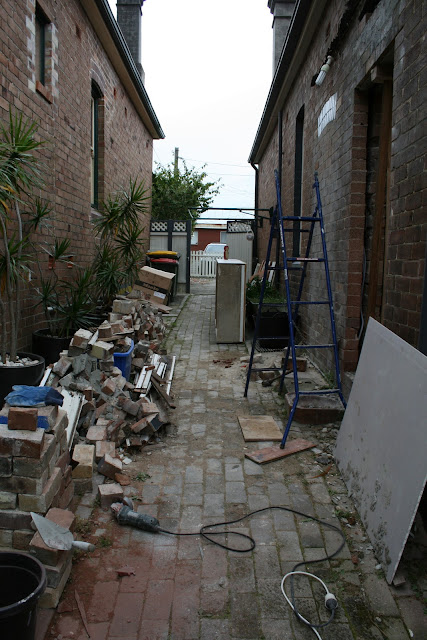 Then a door way was cut into the old window. 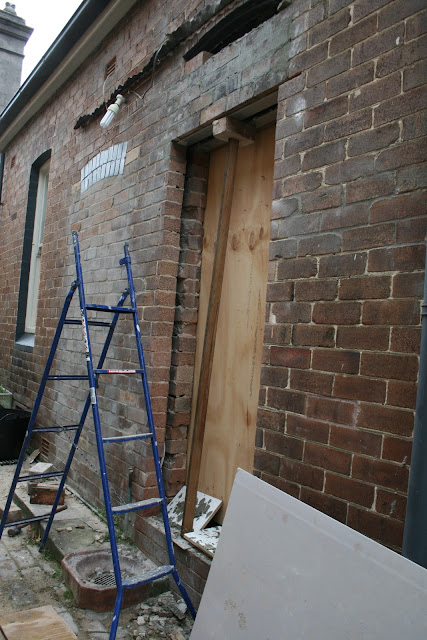 At this point new floors had been laid by professionals. We used spotted gum and I'm so happy with it. 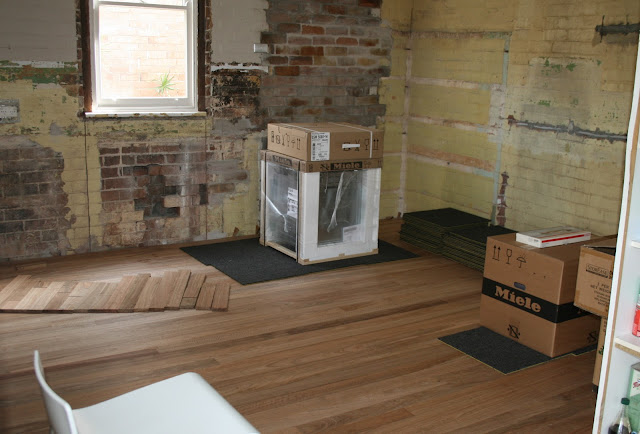 The long awaited kitchen goes in. 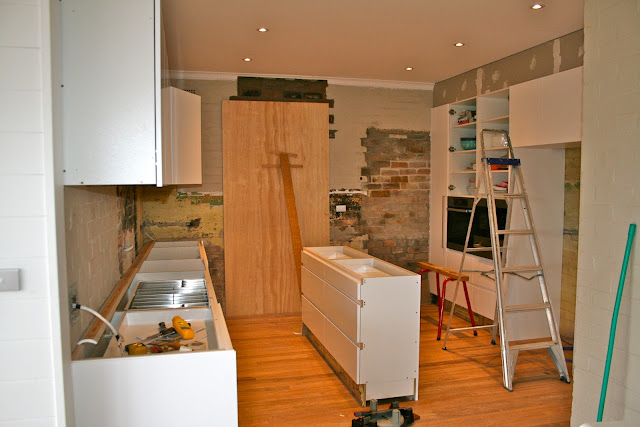 I won't sugar coat it and I wont pretend it was easy washing up in the bath tub for 3 months. We had more problems than you would ever believe...seriously! all of which were from the kitchen company and suppliers.

BUT.............. the outcome has been well worth the sweat, occaisonal tears and way too much swearing. 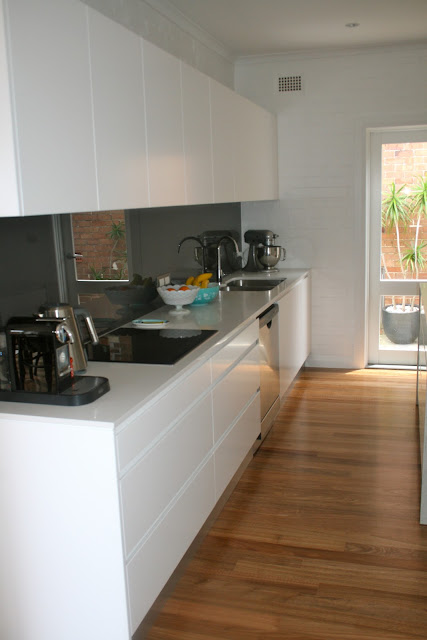 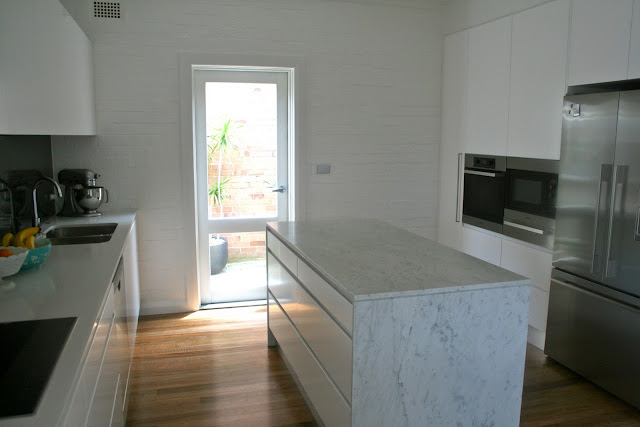 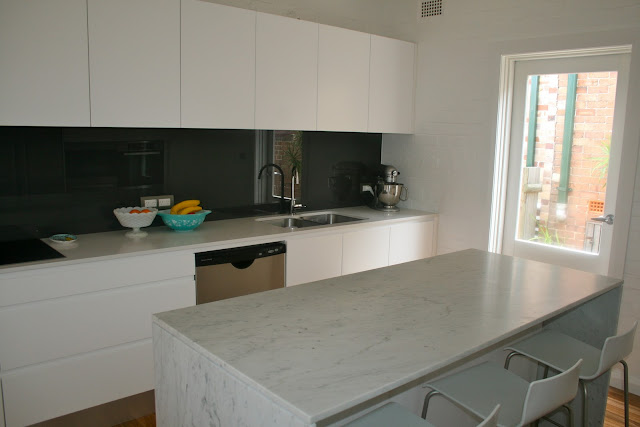 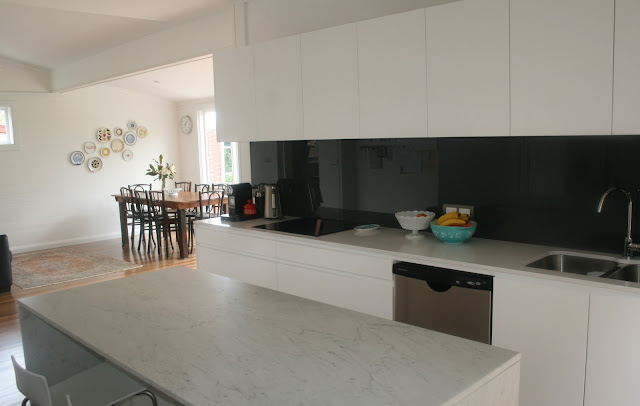 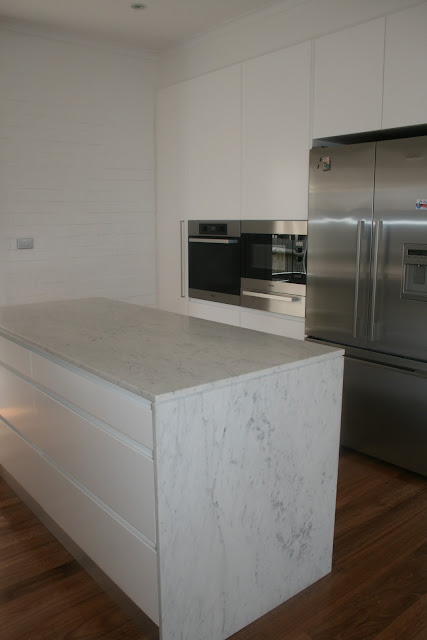 Needless to say I am one very lucky and very happy chappy.


ps. Now i'm hoping it will make me a better cook.
Posted by karlyn Jackson at 11:41 AM